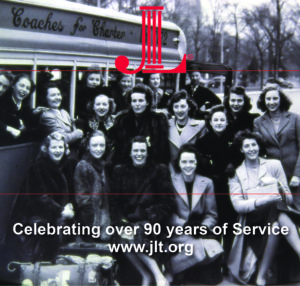 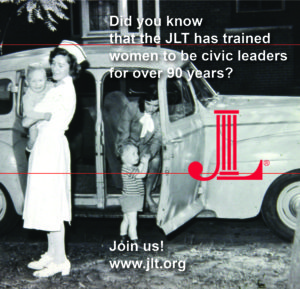 2010-11 The JLT Tea for Teens was held for the 6th time ensuring that 300 teens living in shelters had gifts over the holiday season. A number of healthy living workshops with Pathways for Children, Youth and Families of York Region were held. A running program with St. Alban’s Boys’ & Girls’ Club was held for the 3rd consecutive year, which enabled a number of young girls to successfully run in the Sporting Life 10K Run, September 2011.

Our first large-scale Kids in the Kitchen event was held at TDSB -Morse Street School with over 60 children in attendance. The event featured CJL spokespersons, Greta and Janet Podloski of “Eat, Shrink & Be Merry”.

2015-16 Partnership with CAMH Gifts of Light approved which will provide JLT member’s education and volunteer opportunities through the Cultural Connections program. This program will focus on our impact area: to boost self esteem in youth through initiatives that target physical and mental well-being. Done in a Day events occurred throughout the year and once again included the Christmas party for the Geneva Centre for Autism, Walk so Kids Can Talk, Sunday Brunch at YWS and new events with the Psychology Foundation of Canada and past seed grant recipient, Girls E-Mentorship.

2016-17 Implementation of the CAMH Gifts of Light Cultural Connections program. The 12th annual JLT Tea to Help Teens was a success and raised almost $20,000 for teens living in shelters. This brings our total to over $171,000 in gifts and gift cards to more than 4,000 teenagers.  The Community Action Team awarded seven seed grants this year to The Centre for Dreams, The Children’s Aid Foundation, The Kennedy House Youth Services, Stonegate Community Health Centre, Trails Youth Initiatives, Up With Women, and Youth Without Shelter. DIAD events occurred throughout the year and once again included the Christmas party for the Geneva Centre for Autism, Walk so Kids Can Talk, Brunch at YWS and the Psychology Foundation of Canada, CAMH Gifts of Light, Trails Youth Initiatives, Children’s Aid Society and Covenant House.

2017-18  The Community Action Program Team ran, expanded and diversified our programming, special events and resources for CAMH Gifts of Light. We collaborated with Unity Charity, Workman Arts and a yoga guru to bring much needed weekly Wednesday evening programming to the residents of the early psychosis unit. The 13th annual JLT Tea to Help Teens was a success. DIAD events included such activities as the assisting with the CAMH BBQ and CAMH Board Game Night, putting on a budget training session at the Covenant House, throwing a Halloween party at Women’s Habitat Shelter, running a wellness yoga class at Covenant House, assisting with the Christmas party and a summer BBQ for the Geneva Centre for Autism, participating in a camp clean-up day at Trails Youth Initiatives and running a winter clothing drive for CAMH Gifts of Light and more. The Community Action Team awarded seven seed grants this year to Horizons for Youth, Merry Go Round Children’s Foundation, and Women’s Centre of York Region.

2002-03   The Pathways to Education Program chosen as the primary beneficiary for the proceeds from the 2004 JLT Showhouse.  The JLT donated $ 3,250 to develop Autism Guidebook for parents (York Region); as well as $ 3,250 to develop a clothing collection system from major retailers for Chill Out, a non-profit community clothing recycling agency helping families and individuals get outfitted for employment or everyday living.

2004-05  Cheque presented to Pathways to Education for $190,000 in accordance with our joint letter of agreement for the JLT scholarship program. Participated in a Canadian National Done in a Day, “Kids in the Kitchen”.  New Member projects: Pathways and the Corsage Project.

2005-06   Presented second cheque to the Pathways to Education Program for a total donation of $360,000, the largest project donation in the League’s history.  We continued to provide mentors and special event programs to Pathways participants.  We completed 20 DIADs across the three Geo groups. The North Group focused on the Keswick Literacy project, Leeder Place and York Region Food Network.  The West Group held the 1st Annual Tea for Teens to support teens in crisis in the west communities of Toronto. Further financial and volunteer support shared with: The Rose Cherry Home for Kids, Women’s Habitat, Next Door Family Resources, and Oakville Community Youth Home.  The Central Group began the “Links Can Cook” program in conjunction with Variety Village. New Members executed two successful projects, the Corsage Project and the Malvern Literacy Project, with a successful attendance of 52 young people at the event.

2006-07  The Central Group partnered with Toronto Public Health to deliver a “Kids in The Kitchen” program through the St. Alban’s Boys and Girls Club.  Wrapping up their partnership with Pathways to Education, mentoring programs were offered to teens in the Regent Park area. In the West, the 2nd annual Tea for Teens was held with over 100 people in attendance. The North group held their first JLT Tiaras and Ties Boutique Day in the York Region, a program that will run until 2009. With two new member groups in 2006-07, two New Member projects were delivered:  a Holiday Party for the children at the Geneva Centre for Autism in December and Queen for a Day Brunch to celebrate Mother’s Day for the women of Opportunity for Advancement.

2008-09   The JLT ran two workshops for the Girls on the Move group at St. Alban’s Boys’ and Girls’ Club; one on celebrating your strengths and another interactive Kids in the Kitchen workshop. In addition, following a three month weekly training program, 22 Running/Walking Buddies, 12 young women, and 4 St. Alban’s leaders participated and completed either a 5km walk, 5km run or 10km run. The JLT hosted the 4th annual Tea for Teens event on November 24, 2008 at The Assembly Hall in Etobicoke. The Tea raised $24,000 and the proceeds of the event enabled the JLT to have an impact on the lives of more than 400 teens.

The JLT handed off the Tiaras and Ties project this year to Maple’s Closet, helped provide resources for the program, and helped out at the boutique day, “Diva Ball”, that was held on April 7, 2009. The Diva Ball resulted in the outfitting of 57 female and 30 male students with formal wear for their proms. In addition, the York Region CAT Chair, also planned a new project that will launch next year in partnership with Pathways for Children, Youth and Families of York Region as an extension of the current JLT Kickstart for Health Program. The York Region JLT Kickstart for Health Project will include two programs: a series of workshops and a series of recreation sessions.

2009-2010    The proceeds from the 2009 JLT Showhouse were presented.  $50,000 was given to  Sunnybrook Hospital Women’s and Babies Program, Neonatal Intensive Care Unit. $100,000 was given to St. Alban’s Boys’ and Girls’ Club to expand the Sistahood and Girls on the Move programs to the Jane & Finch and Weston-Mount Dennis locations that have been designated by the city of Toronto and the United Way as priority neighborhoods experiencing growing levels of poverty.

The JLT continued work with the JLT Kickstart for Health – Central Toronto with the St. Alban’s Boys and Girls Club; and York Region with the Pathways for Children, Youth and Families.  The West Toronto community project continued by holding its 5th Annual JLT Tea for Teens. The Tea raised over $13,000 in gifts and donations for youth living in women’s and youth shelters..  Gift bags and gifts were distributed to Women’s Habitat, Oakville Community Youth,  Ernestine’s Women’s Shelter, Youth Without Shelter, Interim Place, and Our Place Peel.

1990-92   Robertson House – $800 to supply books for and conduct a weekly reading circle program at Robertson House, an emergency shelter for abused women and their children.

1991-94   Armagh House – developed and presented weekly sessions on personal development and children’s time to abused women and their children. $800 was contributed toward developing and printing a brochure outlining the services of the second-stage shelter.

1992-95   Halton Sexual Abuse Program – one volunteer completed the intern program, enabling her to facilitate groups of survivors of child abuse, while the rest of the committee developed, conducted and then collated a survey to determine the effectiveness of HSAP in the professional community.

1993-95   York Region Abuse Program – developed, after intense research and training, a Presentation Document on Child Sexual Abuse, which the committee presents, on request from high schools, to classes of teenagers. Secured funding of $2,062 from Cantel to develop a magnet with emergency phone numbers on it for distribution to the students at the presentations.

1996   $182,277 raised from a Designer Showcase at the Colonel Mathews House, owned by the Bob Rumball Centre for the Deaf

1997-98   Brookdale School, Oakville – developed a proposal and established a breakfast program for the children at Brookdale Public School that was used as a model for community partnerships by the Canadian Living Foundation’s Breakfast  for Learning Program.

1998-00   Growing Together- $70,000. An early intervention program focused on the needs of young children and their families in the St. Jamestown area of downtown Toronto.

1999-00   The Bake Sale – $20,000 (York Region) developed and produced educational material on learning disabilities for use by children at the junior school level (grades 4-6).

1984-86   Palliative Care Project – $7,450 – to produce manual to be used for setting up volunteer programs in palliative care.

1983-91   New Directions, A Support Service for Displaced Homemakers -$265,000 – to provide peer support, counseling, resources and referrals to women who are separated, divorced or widowed and are not eligible for government assistance.

1986-91   Eating disorders video – $30,500 for production of documentary video “Perfection and Control” and its accompanying Facilitator’s Guide and Bibliography to raise public awareness of two eating disorders, anorexia nervosa and bulimia.

1986-88   Royal Canadian Academy of Arts – $10,000 towards catalogue of historic first gallery exhibition of Academy artists since 1907 in new gallery at 8 Adelaide East; organized Academy Ball and lecture series in October 1987.

1988-92   $25,400 to produce, launch, and distribute the fourth edition of “Toronto with Ease” and develop its ALEX (computerized) application, thereby assisting people with physical limitations to find accessible recreational and leisure facilities in and around Metropolitan Toronto.

1970-71   $8,000 from the Moyle Estate funds given to the Community Association for Riding for the Disabled (C.A.R.D.) to furnish a lounge and physiotherapy section of a private indoor arena used in treatment of cerebral palsied children.

1971-74   Planned Parenthood, $7,000 over 2 years towards coordinating volunteer activity and the salary of a volunteer coordinator.

1971-74   Central Volunteer Bureau – $9,700 over 2 years toward the salary of an education and resource coordinator. Looked for a co-sponsor for entire project.

1972-73   $73,101 from the Moyle Estate to Hospital for Sick Children to establish the William Davies Moyle Fellowship.

1972-73   $73,101 from the Moyle Estate to Bloorview Hospital to build the William Davies Moyle memorial pool.

1976-78   Youth Services Network’s Conference on Vandalism and a 3-year follow-up educational program – $5,000. Another $5,000 in 1978. Up to $8,000. of royalties received from “Rural Roots”, to the Metro Toronto & Region Conservation Authority. Foundation for the restoration of the Sawmill Owner’s House (Sawyers House) on a site in Pioneer Village.

1977-78   Toronto Rape Crisis Centre – $8,000 for production of a counselling manual for volunteers, to establish a hospital liaison program and a board member.

1977-80   “Toronto with Ease” – $27,000 – guidebook to Metropolitan Toronto establishments for disabled and seniors, distributed for free.

1960-61   Financial and volunteer assistance to organize the Canadian Committee on Early Childhood.

1963-65   $1,700 to co-sponsor – with the Crest Theatre – The Hour Company, formed to dramatize literature on the curriculum of high schools.

1967-69   $5,000 to complete a study of the “Predictability of Success or Failure of Adult Men and Women Placed on Probation”, under the direction of Dr. Tadeusz Grygier.

1952-60   Annual sponsorship of New Canadian Service Association, which was amalgamated into International Institute of Metropolitan Toronto in 1956.

1957-60   Start of children’s matinee performance of National Ballet of Canada, which was taken over by Junior Women’s Committee of the National Ballet Guild after 1960.

1958-64   $15,000 a year for 5 years – special lectureship in corrections at the University of Toronto; led to a course in corrections, which became a permanent part of the School of Social Work.

1930-50   Money provided to Hospital for Sick Children for eyeglasses.

1935-36   $1,072 to open a Junior League demonstration playground at the Church of the Transfiguration, Manor Road East, taken over by a Community Parents Committee in 1936-37.

1938-39   Equipment for therapeutic tank given to Hospital for Sick Children.